Mrs Reniff a survivor from the Titanic gave her account of what actually happened on that fateful night.

Wow! when I read this I thought how brave were you to have gone through everything that you had and still come out helping others,  not knowing if your family had survived. What must have been going through your mind? How did you feel?

This is what I would have asked Mrs Reniff if she was alive today!

When you read this and understand what she went through, what sort of questions would you have asked her?

“I had just gone below when the crash came.  It must have been just after 11 o’clock, as all of the women are ordered off the deck at that time and I had been on the port side of the boat talking to my husband and brothers.  It was a beautiful, clear night, the stars appearing like glittering steel points against the dark sky.  When the watch ordered women off the decks, I went down into my stateroom and I was partially undressed when the collision occurred.  The shock was awful.  Not fully realizing what had happened, I was dressing myself again when my husband and brothers burst into the cabin.

“They had been in the smoking room, and had seen the iceberg as it bore away from the vessel and told me to dress hurriedly although they thought there was little danger.  Nearly all of the passengers though that the Titanic could not sink.  Some of them took the collision as a joke and others were annoyed at the jouncing which they had received.  My husband and brothers, who were fully dressed, helped me to put on my wraps and hurried me to the deck.

“There for the first time the passengers saw their peril and the utmost confusion prevailed.  People were hurrying back and forth.  Orders were being shouted in all directions and the crew was busy, getting ready to launch the lifeboats.  The first and second class passengers were calm in the face of the disaster but when the steerage passengers burst up from below, the scramble for places in the boats and the bedlam of noise was awful.  I saw no flagrant instances of cowardice.  Everyone was terribly excited and people forgot everything but their eagerness to get off the sinking ship.  It was trembling from stem to stern.  The foreigners from the steerage were like animals, but an officer with a revolver stood by every boat and ordered the women to go first.

Husband Helped Save Her

“The boats filled up rapidly, and cast off.  I was in one of the last boats.  My husband pushed me forward and he was standing there on the deck as the lifeboat went over the side.  Rocket after rocket was shot from the deck of the Titanic.

“For a few minutes the boats were grouped together near the sinking ship while the officers watched the last loads of passengers come over the side.

“The crowd was just starting to settle when the last boat went into the water.  The halyard of one of the dories snapped as it was being lowered and the boat with its load of passengers fell fifteen or twenty feet into the water.  It landed right side up and I do not think that any of the passengers went overboard.

Just as the boats were leaving the side of the steamer the chief steward of the second class cabin jumped off the Titanic into one of them.  The impact nearly capsized the boat but it righted itself.  The steward was allowed to remain in it.  The big boat could be plainly seen.  She parted in the middle.   There was an awful roar followed by violent explosions.  The whole steamer seemed to rock and steady herself for the final plunge.  Then she went down.  The screams of those who had been left on board were frightful.  I shall hear them to my dying day.

“I remember hardly anything after the sinking of the ship.  We floated around for hours, it seemed.  It was bitterly cold and all of the passengers in our boat suffered.  I do not know how many there were.  I think that they all survived.  I remember hearing someone say that several men had been shot by the officers while trying to escape with the women and children, but I saw no acts of violence.  We suffered horribly.  Although the sea was smooth waves broke frequently over our boat and we were drenched through.  Some of the women were scantily clothed.

“I remember that we picked up a life raft a great distance from where the Titanic sank.  There was one man on it.  He was dead.  I do not remember what they did with his body.  I seemed to be dazed and forgot everything else that happened until we sighted the Carpathia.  The I fainted and awoke to find myself on board her.

“I was dreadfully cold and was confined to a berth on the Cunard liner until we landed.  There were two doctors on board and they did great work.  It was a frightful experience and the only wonder of it is that so many escaped alive.  The seamen kept up their spirits.  One of them told me that when the Titanic sank he was drawn down into one of the funnels and that he was shot out again when the air rushed from the ship.  He said that he swam sixteen miles before he was picked up.

“I did not see the captain of the Titanic after the collision nor had I seen him during the evening.  The officers and men performed their work nobly and only praise can be given them.”

Violet Jessop, an ocean liner stewardess and a nurse was one of the survivors of the Titanic. She is also well known for surviving the Britannic in 1916, the sister ship to Titanic. Violet also survived an earlier fiasco in 1911, when she was aboard the RMS Olympic, when it collided with another ship, HMS Hawke. She passed away on May 5, 1971 of congestive heart failure Was she one of the unluckiest or luckiest people to survive so many disasters?

This is my homework:

There are over 700 different types of igneous rocks.
Magma can be forced into rocks, blown out in volcanic explosions or forced to the surface as lava.
Here are some examples of igneous rocks
-Basalt,
-Granite,
-Pumice,
-Obsidian,
-Tuff,
-Diorite,
-Gabbro
-Andesite.

This is a Igneous Rock:

Do soils come in different colours?

Yes, Soils do come in different colours. They don’t come in rainbow colours they come in black, yellow, white, brown and grey.

What does the weather do to soil?

How does water stay in the soil?

When water gets into the soil, it pours into pores. Pores are spaces in the soil that come in different sizes. The bigger the pore, the more water it holds.

How does air get into the soil?

Air gets down into the soil through the same pores that let in and hold water.

Roots love helping others. They drain water from the soil. That keeps the soil from staying too wet. And when the soil gets too dry, roots draw up water. This water has all kinds of good stuff in it that living things need to stay healthy. Roots help make soil, too. They split rocks into pieces that later become soil.

I hope you learnt something about rocks and soils.

Would you want to skydive from the edge of space? Well this is what one man did, Felix Baumgartner did such a crazy thing he planned to skydive 23 miles at the edge of earth. He would speed so fast that he would go faster that he will break the speed of sound!

Do you have a fear of heights?

Would do something as crazy as this?

If you want to read the whole story here is the website: =) 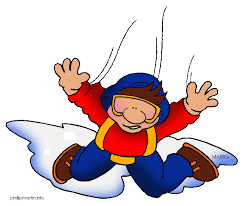 Today’s literacy lessson was great  fun because we got to learn about the Titanic in lots of different ways. First Mr Barton told us a couple of facts to do with the Titanic they were really intresting facts like: the iceberg scraped a huge hole at the bottom of the ship that is why it started to sink.

Rocks are constantly being formed, worn down and then formed again.
This is known as the Rock Cycle. It is like the water cycle but it takes a lot longer.
It takes thousands and millions of years for rocks to change.
Rocks are divided into 3 Types. They are classified by how they were formed.

What is Titanic famous for?

The Titanic was famous for the story about its tragic end.
It was one of the biggest cruise ship that caused so many deaths.

Facts about the RMS Titanic

The Titanic was constructed at the Harland and Wolff shipyard in Belfast. Work on
Titanic started on 31 March 1909. The length of the Titanic was 269 metres. The
building of Titanic finished on the 31st May 1911. It took three
years to build the biggest, fastest and most luxurious liner of the time.

When the Titanic set off from Southampton for its
voyage to New York, 2,229 passengers boarded the ship. However, when the
Titanic sunk in the Atlantic Ocean more than 1,500 passengers and crew members
died.

There were 20 lifeboats on board but it wasn’t enough comparing to the amount of
people on the ship.  No one ever thought
that the Titanic would sink. Only 713 people survived the disaster.

Sinking of the RMS Titanic

On the night of Sunday 14 April 1912, at 11.40pm the warning was given to the
bridge “Iceberg, right ahead.” The warning came too late because the
ship had already struck the iceberg. Within three hours the Titanic sunk to the
bottom of the ocean, it was about four kilometres below the water.

Did you know that when the Titanic struck the iceberg, some ice chunks landed on
the forward deck?  Boiler room 6 and boiler room 5 got flooded.
When the Titanic was sinking it split in half.

Discovery of the RMS Titanic

The Titanic was discovered by a man named Dr. Robert Ballard on the 1st April 1985 in the North Atlantic Ocean.
Captain of the RMS Titanic

There was once a man name Mr.Grumpy. He was the grumpiest  in the town. Nobody liked him. Every time someone said hello to him he would just ignore them and walk away.

The next day was his birthday so all the neighbours decided to throw him a birthday party to cheer him up. (They wanted to see him happy for once!)They all came to the park to plan. The people who were there were Mr and Mrs Happy,Mr and Mr Bump,Little miss sunshine,Little miss attitide and of course Mrs Grumpy. The odd thing about Mrs Grumpy was that she was never Grumpy.(Unlike her husband, Mr Grumpy!)

“What time should we have the party and where?” Asked Little miss attitude eating an apple which was rotten.

“Well first we need to think about how we are going to make the party the best that my husband has had in his entire life. We don’t want the party to be the worst