In gymnastics, we have explored the technique of mirroring with a partner. We are learning to perfect our performances. Take a look and see how we can improve them.

BANG! SMASH! CRASH! As Jhon turned around he saw the most terrfing, scariest thing of all times. It was hovering around Jhon he crept and so did the creature. All of a sudden….

“Argh let go of me!” yelled Jhon as he was being grasped and pulled towards a large, huge cave.

I went to Pakistan in 2011 with my family.It took us 8 hours to get to Islambad and then another 2 hours to get to a small town called Sensa. It is a small valley surrounded by hills and greenery and has open wild life. life style in Sensa is very simple, I visited many places and met different people I found them very welcoming and caring. Weather of Pakistan is very hot , we used eletric fans and A.Cs to cool us down. The main food is chapaties and rice with different currys.I used to play cricket with my Cousins every evening. I enjoyed my self so much there that im asking my family to plan another holiday there this year again.

Crete is an  island in Greece. It is the largest island in the Mediterranian sea. Here are two cities in Crete:

Hereaklion is the capital city of Crete it was named Heraklion because they think that Hercules was born there. Heraklion is also where the Minotour was as they say. The Minotour lived in Knossos.It would take approximately 4 or more hours to get there. There is Stalis in Heraklion. Stalis is very close to the sea. Stalis is more busy at night apparently. Malia is the most well known in Crete.

So 5 years ago I went to America to see my cousin because they live there. What we did there is go to a Fun Fair then after we had some pizza. Most of the time America eats Burgers and Chips. The restaurants that Americans go to are Burger King and Mcdonalds. There favourite drink is Coke,Pepsi,Fanta and more.  America is biggest country than England. New York is the tallest city in America. In England we have the Big Ben but in America they have the Statue of Liberty. 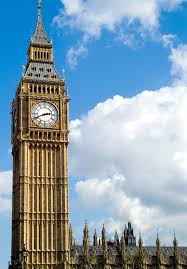 When I went to America, I went to a place called Mouse in the house!Oh it was fabulous. We had pizza and we played and won lots of prizes. When we came back me and my cousin went on the trampoline and whenever she jumped I jumped higher. Before I left, my Aunt Tayra gave me a piano that came with a mic and all my favourite songs!

In literacy, we have been exploring Anansi and the Turtle. Here is the video for the story.

What is your favourite part and why?

The place I have been to is called Devon, it is in the south of England. I went in August 2011, I went with my grandad and travelled by car, it was a long journey it took us three hours to get there. We stayed in a chalet next to a farm, there were sheep outside our chalet and the farmer let me ride on the quad bike to help round up his sheep. We went to Devon because we wanted a family holiday in England. Devon has lots of nice beaches with cliffs, the people are friendly and you can buy lots of souveniers. We went to three beaches to build sandcastles, the weather was sunny and raining but i still went outside. I played in the barn with lots of hay and made a house from it, i chased the sheep in the field one of them escaped and walked up to our back door. Devon is different to Birmingham because it is cleaner, there is no rubbish all over the roads. The food was delicious, fish and chips from the beach and ice cream from the ice cream man.

Devon is a great place to visit in England.

India lies in south Asia, between Pakistan, China and Nepal. To the north it is bordered by the world’s highest mountain chain.The capital of India is New Delhi, and the country’s largest cities are Mumbai (formerly Bombay), Delhi, and Kolkata (formerly Calcutta). India is the   seventh largest country in the world.India’s population is one billion making it the  second most populous country  after China.India is the largest democracy (Government by the people, like the UK is) in the world.India is mainly an agricultural country, though it also has a large iron and steel industry and produces every type of manufactured goods.India is in Southern Asia, bordering the Arabian Sea and the Bay of Bengal, between Burma and Pakistan.