HONDA INTEGRA THE ONE MY DAD HAS GOT. 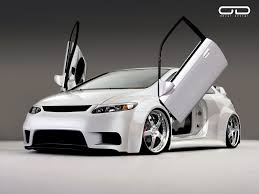 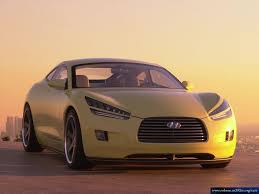 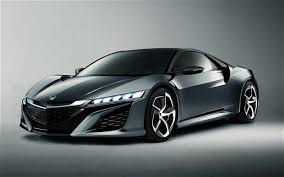 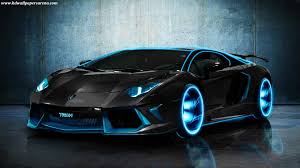 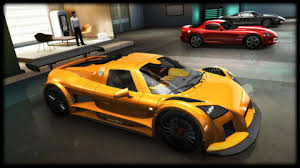 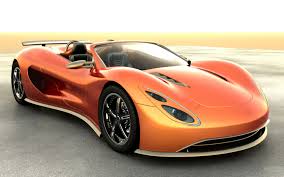 These are the androids. They are bad. They want to take over the world . Their creator is an android himself,hes called dr.Gero. Quite a weird name isnt it. . Android 18 is androids 17s twin sister . Goku never fought them because he was healing. Instead Piccalo fought android 17 . They are 100% strong. Yes they are stronger than prince Vegeta. Let me remind you who Vegeta is, basically he is the prince of all saiyans. Goku is a low super saiyan to Vegeta.

{The plump man turns around and gets a Wonka’s Whipple-Scrumptious Fudge-mallow Delight.}

{Charlie grabs the chocolate and starts to wolf’s it down  .}

Shopkeeper: Take it easy, It’ll give you a tummy ache if you swallow it like that.

{Charlie carries on wolfing the chocolate down.}

{Charlie is quite out of breath when he finishes the chocolate.}

Charlie: I think.{says it quietly} I think … I’ll have another one of those chocolates,the same kind as before ,please.

{ Charlie slowly tears the chocolate.} {A flash of gold peeps out.}

Watch both of the videos to find out.

A ferrari is one of the fastest cars. It has 2 exhaust pipes. It races other car’s on the track. My dad has one in his garage. It’s roof comes off.

When i had told that prophet had died it was realy sad  his mothers name was Aminah and his fathers name was Abdula.I was at mousqe one day and we got out our islam books and learnt about our phropets childhood and about his mother and father. His father was a father, a leader, a  honest man, a teacher to everyone  and mhummed praise/peace be upon him was a true beliver a honest and true beliver. He belived in the teachings of Allah Almighty. He never ever had committed a sin  and to him a true believer is the person who does believe in the teachings of him and Allah Almighty.He would never have disobeyed Allah Almighty beacause Allah Almighty is the might,the gloriouse and the powerfull and all muslims belive that and so do I and I belive that all gods are powerful.When Muslims go to the mousqe they have to do wudu before they pray. Wudu means cleaning the whole face and feet.When I go to the mosque I always open the holy Quran  reading thaouse and tasmia. It means reading the dua before  opening and reading the Quran.  I used to be on kaidah but knowing I was on the holy book 18 sparah of 30 sparah in the holy Quran.  There are only 30 sparahs in the holy Quran AMEEN.I would like to share some facts about the mousqe please

My mousqe has loads of pictures of the house of Allah almighty (prophet Adam built it.

My days at Mousqe are amazing we get to pray to god everyday 5 .Our prayers names are fajir zuhur asr magrib and isha. There are 5 prayers in a day. Every Muslim that is religouse  prays to god five times a day.

This is my homework on why religious leaders are important rs guru.

This is a pagani zonda f roadster. This car can go up to 250 mph. This car is the worlds fastest car.

Muhammad (whose name means “highly praised”) was born in Mecca in 570 AD.  His father died shortly before his    birth, and he lost his mother at the age of six. The young orphan was then raised    primarily by his uncle, for whom he worked as a shepherd. At age 9 (some sources    say 12), he joined his uncle on a caravan    to Syria.

As      a young man, Muhammad worked      as a camel driver between Syria and Arabia. Soon he established a career      managing caravans on behalf of merchants. Through his travel first      with his uncle and later in his career, Muhammad came into contact with people      of many nationalities and faiths, including Jews, Christians and pagans.

At age  25, Muhammad was employed by Khadija, a wealthy Meccan widow 15 years his senior. The        two were married, and by all accounts enjoyed a loving and happy        marriage. Early records report that “God comforted him through her, for she made his burden light.” Although polygamy was common practice at the time, Muhammad took no other wife        than Khadija until her death 24 years later.

In his late 30s  Muhammad took to regularly visiting a cave in Mount Hira, on the outskirts of Mecca, to seek solitude and          contemplation. In 610, at the age of 40, Muhammad returned from one such visit telling his wife he had either gone mad or become a prophet, for he had been visited by an angel. The initially  startled Khadija became his first convert.  Muhammad reported that while in a trance-like state, the Angel Gabriel appeared to him and said “Proclaim!” But like Moses, Muhammed was a reluctant prophet. He replied, “I am not a proclaimer.” The angel persisted,        and the Prophet repeatedly resisted, until the angel finally overwhelmed        Muhammad and commanded him:Proclaim in the name of your Lord who created! Created man from a clot of blood. Proclaim: Your Lord is the Most Generous, Who teaches by the pen; Teaches man what he knew not.

After receiving Khadija’s support, and additional angelic visits, Muhammad became confident he had indeed been  chosen as the messenger of God and began to proclaim as he had been commanded.

Muhammad’s message to his countrymen was to convert from pagan polytheism, immorality     and materialism, repent from evil and worship Allah, the only true God.      He was always careful to clarify his role in God’s work – he was only a     prophet. He was not an angel, he did not know the mind of God, he did not work     miracles. He simply preached what he had received.

In the       first three years of his ministry, Muhammad gained only 40 followers.       And as his teachings threatened the Meccan way of life, both moral and       economic, he and his followers experienced heavy persecution. It       first took the form of mockery, but soon turned into open violence. Members of       the small movement were stoned, covered in dirt as they prayed, beat with       sticks, thrown into prison and refused service by merchants.

Persecution continued to increase until Muhammad received some welcome news: he had gained followers in the city of Yathrib, 280       miles north of Mecca. The city was in need of a strong leader, and a delegation       from Yathrib proposed that Muhammad take the job. In return, they pledged to       worship Allah only, obey Muhammad and defend him and his followers to the death.       Allah revealed to Muhammed his approval of this arrangement, and Muhammad made       plans to escape to Yathrib.

The       leaders in Mecca heard of the planned escape, and attempted to prevent it. But       Muhammad and his close friend Abu Bakr managed to make a narrow escape north out       of the city, evading a Meccan search party and arriving safely in Yathrib.       This event is celebrated by Muslims as the Hijira. The year in which       it occurred, 622, is the date at which the Muslim calendar begins. Yathrib was       renamed  Medinat al-Nabi, “the City of the Prophet,” and is now       known simply as Medina, “the City.”

In Medina, Muhammad proved himself an able politician and statesman as well as       a prophet.

Exercising superb statecraft, he welded the five heterogenous and       conflicting tribes of the city, three of which were Jewish, into an orderly       confederation…. His reputation spread and people began to flock from every       part of Arabia to see the man who had wrought this ‘miracle.’ (Smith, 230).

After establishing himself in Medina and accomplishing the job he had been invited to     do, the people of Medina  began several years of battle with Muhammad’s     former home city. In 624, the Muslims won their first battle against the Meccans.     As the latter had a much larger army, the former took the victory as a sign that     God was on their side. However, a subsequent battle was not victorious, and     Muhammad himself was wounded. But in 627, the Meccans attacked Medina, and Medina     came out on top. The Prophet was not to lose again.

In 630, Muhammad and his forces marched to Mecca and defeated it. The Prophet     rededicated the Ka’ba temple to Allah, witnessed the conversion to Islam of     nearly the entire Meccan population, then returned to Medina.    Muhammad died in 632, having conquered nearly all of Arabia for Islam.

By 634, Islam had taken over the entire Arabian peninsula. Within 100 years of Muhammad’s death, it had reached the Atlantic in one direction and borders of China in the other. This success was due in large part to the military and political abilities of Muhammad’s successors, the caliphs.

Charlie steps into the small sweet shop. A small boy, a bit taller than Charlie, is devouring a mouth-watering chocolate bar. Sweets and Chocolate everywhere! The shopkeeper is sorting the heavenly sweet jars, yum.