This week one of the stick insects lost 2 legs. We wanted to know if it would grow back. This is what we found out.

It is not unusual for a stick insect to lose a leg in a moult. Some skin sheds, for various reasons, can go wrong and often the old skin can dry over several legs which can cause the stick insect to eject the tangled legs. To keep any incidents like this to a minimum, be sure to lightly spray inside the enclosure with water every day and make sure the enclosure is at least three times as tall as your stick insect – as many stick insects prefer to shed their skin while hanging vertically from a high leaf or branch.
A stick insect can survive quite happily with at least three legs until the other legs grow back in future moults.

Congratulations to Arjun for his fabulous diary entry. You have managed to include all of your WILF in only 15 minutes. Well done!

Pandora as myself got an wedding present for Prothemus. Then I was scared because disease and death came out the box. I was petrified of them so I ran down the stairs as fast as a cheater. But I was still scared because they were still in there. I was told not to open the box but I did.

In class, we have been learning about issues and dilemmas. We read a story called ‘The Balaclava Boys’ and wrote a story map about it. The dilemma was that he stole a balaclava. Tomorrow we are going to write our own story maps with issues and dilemmas and then turn it into a story. 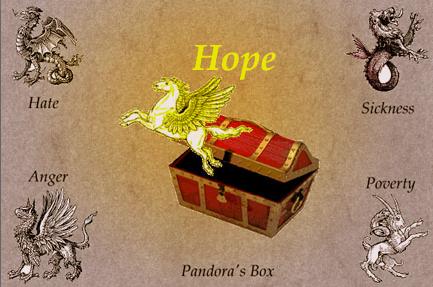 Today I have opened a box full of bad things.

It all started when a strange gift was sent to me and when I saw it, I asked Epimetheus, ” What do you think is inside?”

I tried  not to open it, but then I thought is was some beautiful jewellery or gold coins.  Then I heard a little voice and it sounded incredibly sad.  The little voice said, ”Help, let me out.”

Another voice said, ”Please,  you know you want to, just take a look.”

So, I opened the chest then BANG!  I was knocked out.  Next, I saw all theses slimy creatures and  they quickly filled the room.  They  were all the bad and evil things in the world.  I shut the lid on the  box. I heard a little voice and it said, ”Don’t shut me in,  I am hope”. I opened the box and out fluttered a beautiful white butterfly.  The sun shone and the world was happy again. In literacy , we have been identifying issues and dilemmas in different stories.  Issues can be defined as an important topic or problem for debate or discussion.  A dilemma is a situation in which a difficult choice has to be made between two or more alternatives.

As a class, we have looked at a mystery box, Pandora’s box, Mr Fox and  the story of the Balaclava boys.

My favourite part of the week was when we had to write a diary entry about Pandora’s box.  Pandora receives a wedding  gift, and she was told not to open the box.  Pandora ignored them and opened the box.  The box was full of terrible evils such as:- poverty, disease, jealously and misery, sadness and death.  Pandora opened the box again and out come hope.  It fluttered around the room and put an end  to all the misery.

I enjoyed writing my entry.

Stick insects are very delecate and very light  they are very long and pointy like a stick and very sticky when we held them they got stuck on us.One was climbing on the  lid of the box on the inside sometimes they even stick to your hand or your arm and they never get of to go back in there habitate with all there trees to clime and eat.Here are a few facts about them:

Stick insects use camouflage and mimicry to great effect. As their name suggests, they look so much like sticks or other bits of plant that they blend effortlessly into their backgrounds as a form of defence. In some species the mimicry starts even before they are born, as their eggs resemble seeds.

Did you know?
Measuring more than half a metre, the Chan’s megastick is the world’s longest insect. It was discovered in 2008.

1) Ghost Story
Stick Insects are all members of a group of insects known as the “Phasmids”. ‘Phasma’ is a Latin word meaning ghost!

This  is the parts of a stick insect.

This is a stick insect on sombodys hand  isnt it amazing. When I held it I felt scared but it wasnt scary because it was realy light.

Never ever drop them or tap there box or they can die. They are only small.

The cat ran to his  house.

This sentence makes me yawn because  it is dull.

The cat zoomed to his house.

The skinny cat zoomed to his gigantic house.

The skinny cat zoomed to his gigantic house because he was being chased by a dog.

Suddenly, the skinny cat, who never ate his dinner,  zoomed  to his house because he was being chased by a dog.

Up-level this sentence – The boy looked up.

The children have been investigating stories with issues and dilemmas and have enjoyed the story of ‘The Balaclava Boys‘ written by George Layton. The story tells of a boy who desperately wants to be in the ‘gang’ of friends at school who all wear their balaclavas (this story is from the 1950’s when children often wore balaclavas in the winter!) but he doesn’t have a balaclava of his own. He finds a balaclava on the cloakroom floor at school and decides to steal it, only to get home and discover that his mother has bought one for him! What should he do next?

On Friday the 2nd of November year 4, from Bearwood Primary School, visited the Think Tank in Birmingham because they wanted to learn about electricity as it was part of their topic.

This was year 4’s first trip this term.  They had arrived at the Think Tank at 10:30.  They had been taken there by coach because it was the fastest way to get there.  When they arrived at the amazing Think Tank they were really excited and there was a guide to show them around.  After that, they went to a show called ‘Electrifying Science’.  There were lots of seats and all the pupils sat on them.  They were watching a lady making electricity in many different ways. Next, the lady rubbed a balloon on her hair and stuck it on the wall.  They were putting their hands up because they wanted to be volunteers.  Year 4 dressed up in funny costumes. When the show finished they got in their groups because they did not want to get lost.

Then, when the show finished, they went to the street.  There were lots of interactive displays for them to play with.  They started to play with them, but it was time to go and eat.  Year 4 sat on the table with their lunch boxes and ate their food. They went to this place called ‘Things about me’. They were so excited because there was an exercise machine.

Miss Haywood, Head teacher from Bearwood Primary, said, “The trip for the students was good because the students loved it and it helped them to learn about electricity. I am going to go and check it out myself”.  If you would like more information go to www.ThinkTank.co.uk.

On Friday  the 2nd of November, hard working Year 4 went to Think Tank  in Birmingham, they went because their topic is  called ‘Switched On’.  They wanted to  know more about  electricity.

This was year four’s first trip this term. They arrived there at half past ten to explore there journey to Think Tank.  Year 4 liked it there because there were lots of different parts like Electrifying Science, Things About Me, The Streets the Past, and The Futures. They learnt that there are two different kinds of electricity, current electricity is what is in your homes and static electricity is in your body.  Year 4 went to a show  called ‘Electrifying Science’ and a lady showed them how electricity works and she showed them how to stick a balloon on the wall using static electricity.

There was another part called ‘The Streets’, they had lots of fun learning about cars.

There was a part called, ‘The Past’ and it was about cars, buses, trains and things that make gold.

They also visited a place called, ‘Futures’ and they saw a  robot which moved and talked.

Serena, a pupil from Year 4 said, ‘it was a very good trip and I learnt a lot of things.’

Miss Haywood, Head teacher, said, ‘It was a very good trip to go on and the pupils have learnt about electricity. They loved it!’