Children were challenged to locate London on a UK map and give a grid reference and then find Birmingham on a UK map. Can you see them?

Challenge: Can you give a grid reference? Can you describe where they are using the vocabulary north, south east and west?

Look at the map of London. What can you see? Can you give grid references for us to find places?

Our science topic is about materials. Our first challenge was to name and sort different everyday materials that you might find at home or at school. We thought about what they felt like and why and how they are used.

What materials can you name? What are they used for and why?

This half term our topic is called ‘Fire Fire!’ and we have been learning about the Greatr Fire of London. We put together clues at the start of our topic to be independent learners and find out for ourselves when and where the fire started.

Look at our fantastic display. What can you explain about the fire? Yesterday It was eid. My cousins came over to our house. We all wore bright, shiny clothes. Before we got everything started I helped my mum cook the dinner ready to be set on the table. Our food was yummy. Next my mom straightened my hair with a straighter. I then put my clothes on. I wore a green and yellow dress. It looked wonderful. My cousins then came over to play. We then had dinner. We had roast. It was delicious. When I finished eating I washed my hands and I played with all my cousins. It was a fun day. I hope you had a fun day on eid. Tell me how you celebrated your eid? Let me know in the comments below: Good luck! 🙂

This week year 2 had the first Inspire workshop of the year. We welcomed in lots of parent and family members to work with us. Our main focus was on the book ‘Little Beauty’ by Anthony Browne.

Here are a few photos of what we got up to!

In our topic ‘Inside Out’ we have been learning all about our bodies and this week we learnt about our brains. We found out that our brain send messages all around our body to tell us how to move, speak, listen and what we can see.

We had a look at some visual illusions and talked about what our brain told us we could see.

What can you see in each picture? You will need your magnet eyes and your curiosity power! Not everyone will see the same thing……. 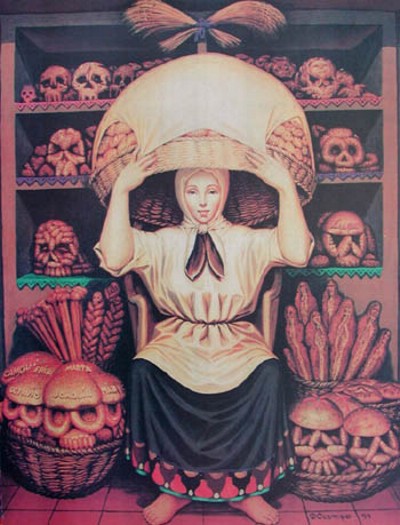 In Literacy we have been reading stories by Allan Ahlberg. We loved reading his ‘Funnybones’ stories about three Skeletons that live in a dark, dark house so much that we wrote our own stories about some of the adventures the skeletons might have.  Here are some of our story starts, please tell us what you think……

In a dark, dark street there were some scary skeletons. They lived in a nice, calm house one day they went upstairs. When they went they felt shocked because there were spiders everywhere so they decided to go downstairs however there was a knock at the door. Mean people that were colossal as houses were there and they said “you mean people let me in” but the skeletons said “no” and……..

In a dark, dark street in a dark, dark park three skeletons went to play. They threw a bone for the dog but he smashed in to a huge pile of bones! They tried to fix the dog and when they finished playing they wanted to make a big rocket. They climbed into the rocket and went to a magical planet to see what it looked like. They said WOW! When they got there they felt shocked but they called for help and………

In a dark, dark castle there were three scary skeletons. When they went for a walk they found a colossal dragon and they sprinted  off. The massive dragon breathed fire however the three skeletons dropped to get away from the dragon and sprinted off home.

In the dark, dark castle lived three milky, twisty skeletons they lived in a gloomy, massive castle. They were very frightened and scared but the castle was filthy and dark. They met a crazy ghost that was as huge as an elephant and they never went to the castle again!

The skeletons went outside and ran but they crashed into a forest then they saw a ghost. A huge ghost, who was crazy and he was spinning around and the skeletons got dizzy. They wondered which way to get out of the scary, dark forest so they looked on the map and they……

In a dark dark home on a dark street three skeletons lived. They were white and hard and sharp. They were dreaming about space and dark, hard planets, shiny stars and cold water. They landed on a planet called Pluto. They found …

It was a dark and stormy forest. The skeletons thought the forest was scary. Then they saw a nice kind dragon. They took the dragon to the park. They played on the swings. Finally they went home.

This half term our topic in Science has been ‘Healthy Living’. This we have looked at where the food we eat comes from and which parts of the plants we eat.

Here are a few photos to show our carousel.

Last Friday we had FUDGE day in key stage 1. We welcomed fathers, uncles, dads, grandads and everyone into school for the morning. We based our work on the book Farther by Grahame Baker-Smith, we had the challenge to make something that flies with our very own father on! Here are a few photos of our morning!

Last week year 2 used their Numeracy skills to weigh out ingredients to make gingerbread men. Later in the day after they had cooked and cooled we decided as our topic is ‘Inside Out’ to turn them into gingerbread skeletons. All the children who managed to buy one told us how delicious they were!